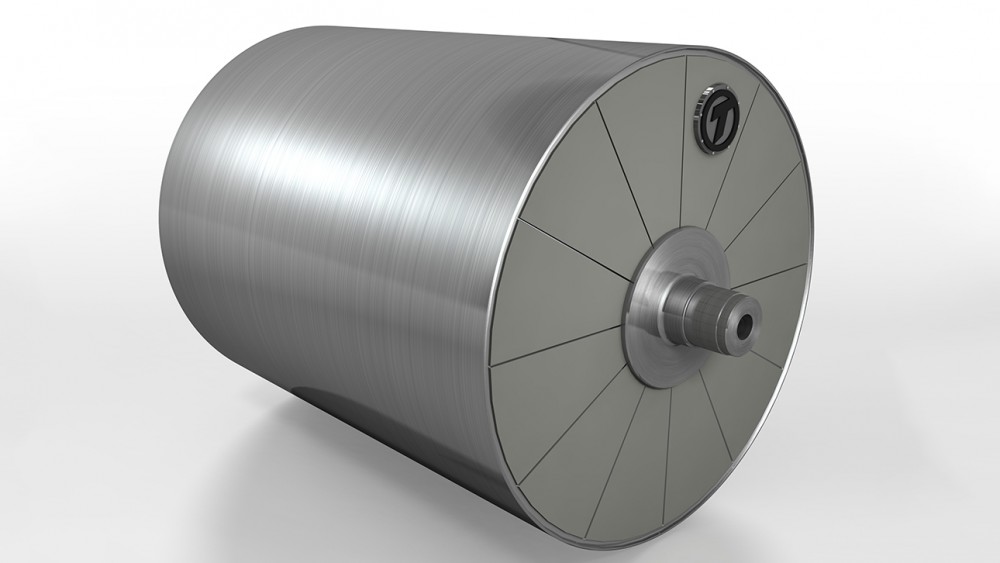 This section will mainly cover the Steel Yankee Dryer, which has been rapidly adopted by the industry over the past 15 years. This text also briefly covers some basic principles of sheet drying on a tissue machine. However, these principles will be covered in much more detail in a separate section entitled Drying: Yankee dryer & Air hood.

Basic principles of the Yankee
After pressing, on a conventional wet press machine, the tissue sheet is approximately 40-45% solids and the remaining water must be removed by using thermal energy to evaporate it. This is most often accomplished on a single large metal cylinder, the Yankee dryer, which  can be up to 22 feet (6.7 m) in diameter and serves to both carry the sheet as well as drying it until it has reached the dryness and strength required to get the final paper quality.

The Yankee is partially enclosed by a high-velocity impingement hood and, in modern conventional tissue machines, at least 50 to 60 % of drying effect typically comes from the cylinder side, while 40 to 50% comes from the hood side.

The heart of the machine
For several reasons, the Yankee dryer is often considered the heart of a tissue machine. This is due not only to the size of the cylinder, which can be enormous, but also the critical role it plays for:

• Supplying the energy needed for drying the wet web
• Transporting and supporting the sheet during the drying process
• Functioning as a roll in the hot-pressing operation
• Providing the base for the creping process, in conjunction with the doctor blade.

By the way, the origin of the name “Yankee” for this drying cylinder is a bit of a mystery. There are several theories about where it comes from but no definitive reason for this name has been firmly established, as far as we know.

Cast-iron was the standard for a century
For almost 200 years cast iron has been the material used for Yankee cylinders. Over the years, advances have been made in cast iron Yankees, such as improving material properties, strength, and heat conductivity, as well as enhancing the design by changing from a smooth inside shell to one with grooves and ribs.

Starting around 2000, Steel Yankee Dryers began to be introduced as a Tissue drying concept. Improvements in manufacturing methods, and especially in welding technology, made steel Yankee cylinders feasible. This offered new opportunities to papermakers which will be covered below.

Toscotec pioneered steel Yankee dryer, based on 40 years’ experience
Toscotec, the paper machine producer in Lucca, Italy, is widely seen as the pioneer and driving force for development of the steel Yankee dryer (SYD) concept. Already in the 1960s, the company was producing steel drying cylinders for standard paper machines. In 1999, Toscotec started to design the first SYD based on emerging methods of engineering analysis and in 2000 the first steel Yankee, 2.5 m (8 feet) in diameter, was officially started in commercial operation on a tissue machine.

In 2013 the company launched its second-generation design, with a diameter of 22 feet, a width of 5.6 m and an operating speed of 2000 m/min. This is the largest diameter steel Yankee ever made so far and, it is claimed, the fastest ever using steam only as the heating source in the drying process.

Safety is of course a very important consideration for companies. Explosions on cast iron Yankee dryers unfortunately have sometimes occurred due to the material properties of cast iron. Thus the cylinder can explode if it is over pressurized, loaded with excessive load, or in case of an accident for other reasons. Steel, on the other hand, will have a better performance in the event that internal stresses exceed the allowable limits.

Since steel is a stronger material and has a modulus of elasticity which is considerably higher than cast iron, the pressure vessel safety codes allow for better design parameters on steel. The much higher allowable stresses for steel mean that the shell wall can be thinner, which gives the positive benefit of higher heat transfer. The shell root thickness on a SYD can be approximately 30% lower than a cast-iron shell.

Lower shell root thickness for steel means the resulting heat flow is higher through the cylinder. This gives a higher evaporation rate which can flexibly either be used: to increase the production rate at constant energy input or, when the machine speed is kept constant, to reduce the drying energy.

Higher heat transfer and lower energy costs
Cast iron and steel have essentially comparable thermal conductivities, so if the shell is 30% thinner, heat transfer increases accordingly with steel, giving greater drying efficiency. Since drying is accomplished by a combination of the Yankee and the hood, the increased heat exchange efficiency translates to over 15% increase in production capacity at constant energy input.

Alternatively, the tissue machine can utilize more steam, and less hood contribution and electricity, to produce the same amount of paper. The result is lower total energy consumption. Depending on the cost ratio between the different energy sources, energy cost savings of up to 20% are possible in tissue machines with a SYD. The investment cost for steel Yankees are normally somewhat lower than for the cast iron variety, and the physical weight is 25 to 30% less as well.

Metalizing benefits
It should be mentioned that steel Yankee dryers are metalized prior to delivery because the steel itself is too soft for creping and the wear rates would be unacceptable. Metallization eliminates the need for re-grinding of the shell wall base metal, which on cast iron can eventually result in de-rating. Metallization is also a key reason that steel Yankees are far less prone to developing chatter problems.

Summary
In summary, steel Yankees have major advantages compared with cast iron in safety matters, and also in energy costs due to higher drying capability in the Yankee-to-Hood drying balance. Steel Yankees therefore offer potential energy cost savings, while also having a lower capital investment cost than cast iron. Although the SYD technology was pioneered by Toscotec, essentially all the major tissue machine suppliers have begun making steel Yankee dryers and offer them to the market today. 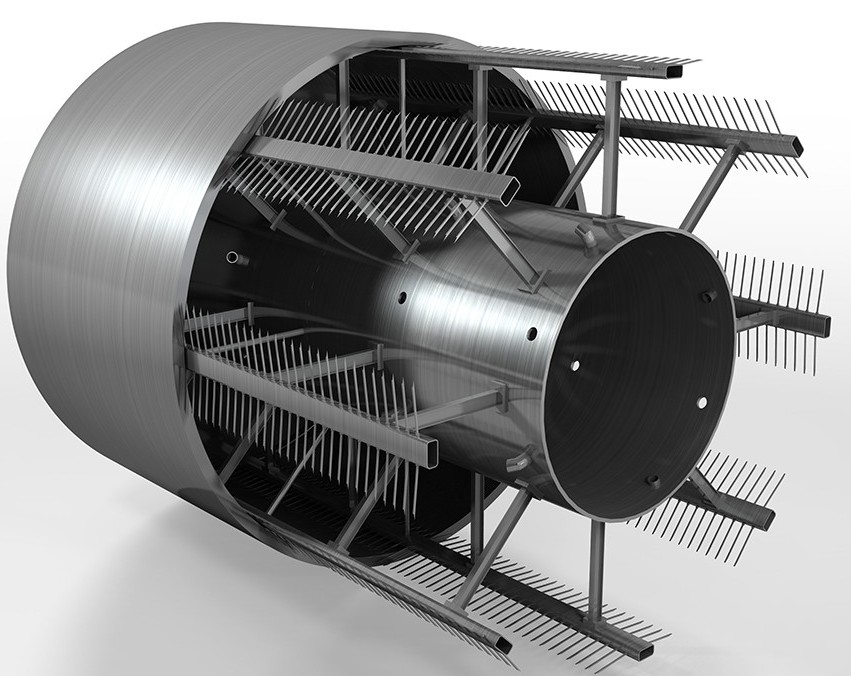