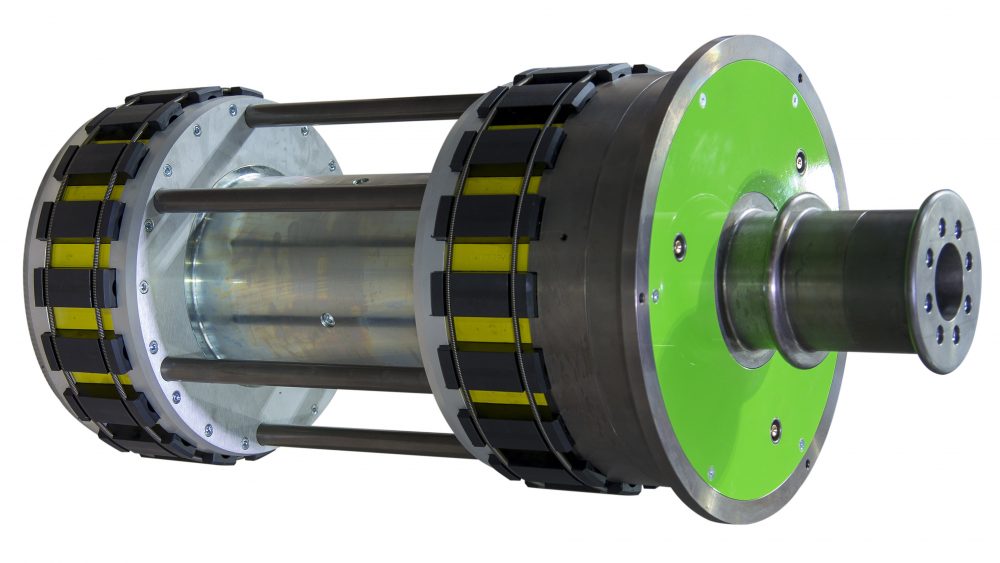 …
To simplify the important process of handling parent reels during the unwinding process, Svecom has recently introduced an innovative expandable chuck for unwinding reels of paper and tissue that are wound on cardboard cores. The result is a safer and easier-to-use unwinding method that gives monetary advantages in terms of longer core lifetime and increased production thanks to faster insertion and extraction times.

Made to work with internal diameters from 200 to 600 mm, the new fast chuck can be built either with a female cone journal or a journal that is fitted with bearing housings. It operates using a series of preloaded internal springs, which are combined with levers that act on expanding sectors that generate a constant radial force.

Tighter hold means less bouncing and damage
The design allows the chucks to adapt to any sagging or deformation of the core, while also ensuring a positive grip and high torque transmission over the complete length of insertion. These features eliminate parent reel bounce, producing less core damage and machine downtime. Up until now, this has not been possible with any mechanical or pneumatic chucks on the market.

The new chuck is known as model 714MZL and has an expansion range up to 20 mm between the contracted and expanded diameter, making chuck insertion safe and easy, even with slightly damaged or worn cores. Since this 20 mm of expansion is mechanical, the chuck guarantees perfect self-centering and concentric running.

As the expansion of the elements is generated by preloaded thrust springs, the chuck is fail-safe in design. This means the operation is intrinsically safe, as accidental contraction of the chuck is not possible when in operation.

To ensure continuous and optimal operation over time, ordinary cleaning and maintenance operations have been suitably simplified to make the procedure quick and easy.

Much longer core life saves money
The expandable chuck offers many benefits to the tissue making operation. A key one is the longer core life, which can be greatly extended. Tests show that by reducing the stress and damage during the unwinding phase of the reels, the average life of cardboard cores increases dramatically.

Safety and productivity also improved
Due to the large expansion range, no tools or core preparation is required to make room for the chuck to be inserted. This means that accidents during the insertion and extraction operations are also minimized.

Finally, by reducing the insertion and extraction times down to a few seconds, tissue operations also can see an increase in production.

Some of the companies that have adopted this solution are Fabio Perini, Sofidel, Kimberly-Clark, Valmet, A. Celli and many others.

For more information about the fast new 714MZL core chuck, please get in touch with Svecom at https://www.svecom.com/en/